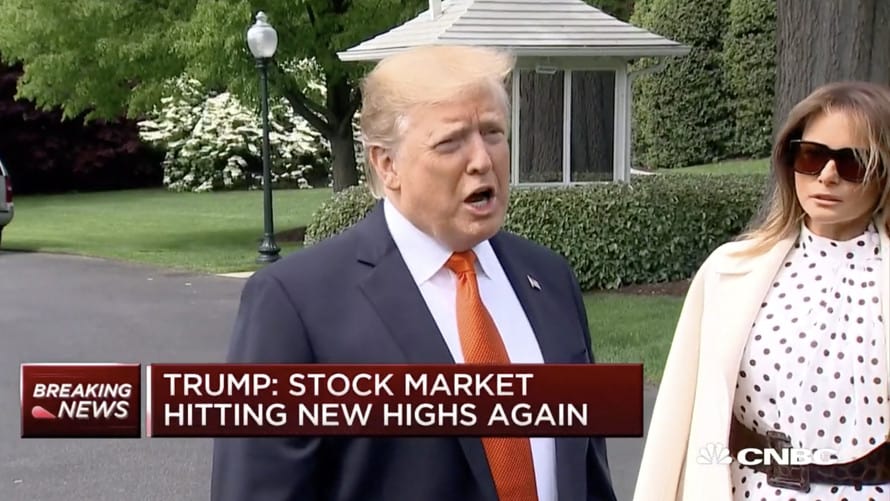 President Donald Trump on Wednesday said the stock market has delivered all-time highs around 100 times since he took office — a reference to records hit by the S&P 500 and the Nasdaq Composite Index a day earlier.

The stock market and our country, from an economic standpoint, is doing the best probably it’s ever done. We’re hitting new highs again. We’ve hit new highs, I guess, from the time of the election, close to or over a 100 times since I’m president.’

Trump’s remarks came in front of reporters ahead of a trip to Atlanta with his wife Melania, and comes as the 2020 presidential race comes into greater focus. The president has closely hitched his claim for a second term on how Wall Street performs, viewing it as a key barometer of his own performance.

Learn How to Trade the Market in 5 Steps